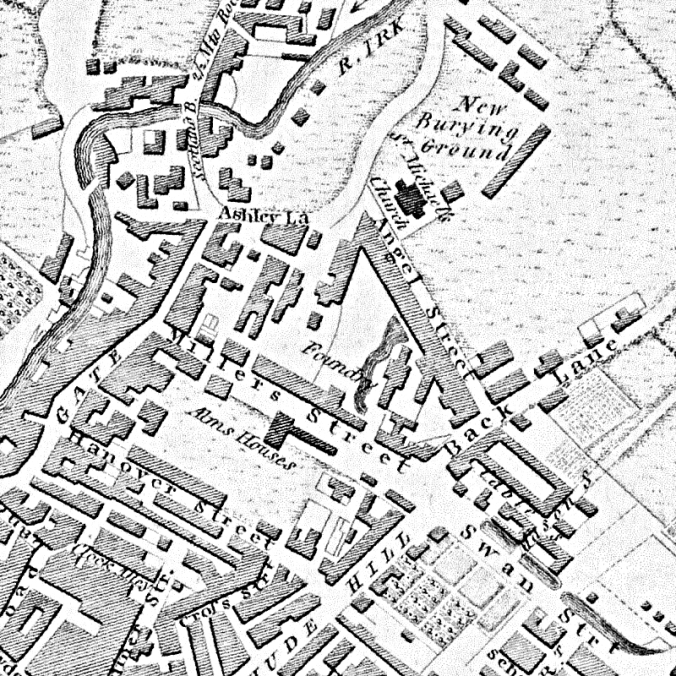 Old maps chart the decline of Angel Meadow from a rural idyll to an industrial slum. The first detailed plan of Manchester, made in 1741, shows how the area had been divided into three hedge-lined fields, including one that marked the later path of Angel Street. Rows of cottages were laid out across the fields and dozens of smart houses were built as the area briefly became a wealthy suburb for merchants and artisans.

But the large old merchants’ houses were eventually let out to lodgers as Manchester’s population doubled to 100,000 within just 25 years. The architectural flourishes remained – giving the slum an air of faded grandeur – while builders operating without planning restrictions threw up new houses in every spare nook and cranny.

Covered passages soon led to inner courts that were soon ankle-deep in the filth and offal. Workshops, a dye works, two iron foundries and a rope works opened to service the new cotton industry and the nearby Arkwright’s Mill. Within a few years, the Irk had more mills along its banks than any other river of the same length in England. Follow the decline of Angel Meadow by clicking through this gallery of maps: