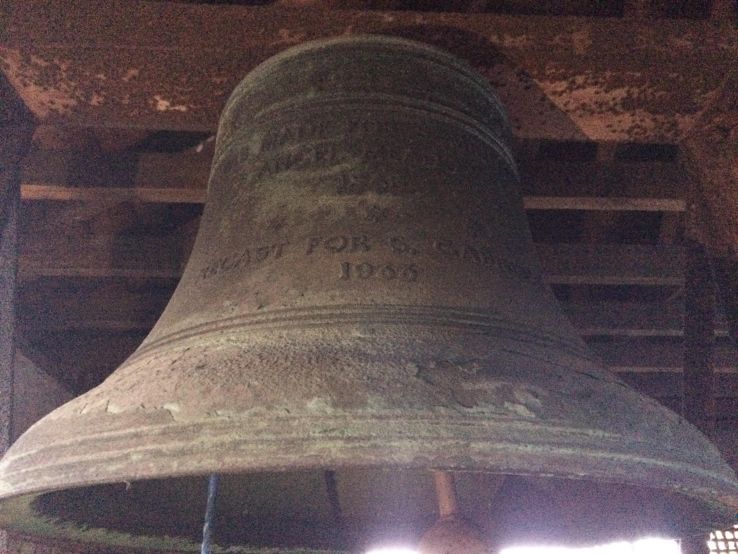 Today marked a significant moment in the modern history of Angel Meadow – the first time that the bell of the former St Michael’s Church had been heard in more than 80 years.

The parish church of St Michael’s and All Angels watched over the violent and disease-ridden streets of Angel Meadow for more than 140 years – the entire history of Victorian Britain’s most savage slum.

Its gaunt bell tower stood like a sentinel over the “human jungle” that was home to 30,000 souls, who fought for survival in conditions so appalling, it was described by Friedrich Engels as “hell upon earth”.

In the tower was a “fine bell”, forged in 1848, which summoned parishioners to services until the church fell into disuse and was finally demolished in 1935. It was melted down after the demolition and recast for St Gabriel’s Church in Prestwich, which opened in 1933.

The bell, which contains the inscription “Made for S Michael’s, Angel Meadow, 1848, and Recast for S Gabriel’s, 1933”, still tolls today – an everlasting remainder of Victorian Britain’s most savage slum.

Earlier this year, I contacted the Revd Canon Steve Williams and the parishioners at St Gabriel’s and they kindly agreed to let me make a recording of the bell – a feat which involved scaling a 40ft ladder into the belfry.

Huge thanks to the parishioners, the Friends of Angel Meadow and also to NOMA for making it happen.

It was a poignant reminder of Angel Meadow’s history and an act of remembrance to pay tribute to the thousands of people – the ancestors of modern-day Mancunians – who lived and died in the slum during the Industrial Revolution.

You can listen to the bell by playing this video trailer for the book: 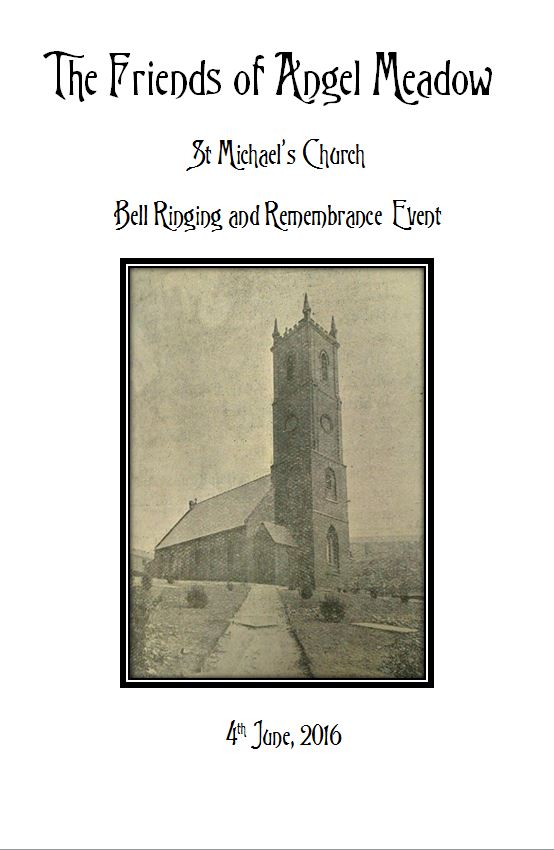