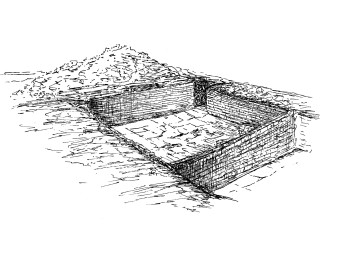 Walk through any car park in Manchester city centre and you are stepping on a thin crust of concrete that separates you from a lost underworld. Down there beneath your feet lie the carcasses of Victorian houses that were demolished in slum clearances 70 years ago. Only the foundations and the cellars remain. They were buried, like tombs, beneath tons of earth and sealed shut.

In February, 2012, archaeologists peeled open a car park in Charter Street in Angel Meadow and helped me make a remarkable discovery – the home of my Victorian forefather. Old fire insurance maps, rate books and citizens’ rolls had already helped me to pinpoint William Kirby’s two-storey house at 112 Charter Street as one of the buildings they had unearthed.

William paid an extortionate rent of four shillings and nine pence to be lodged in a block of damp and overcrowded back-to-back houses with just two rooms measuring 10ft square, and with slate roofs and dank cellars. His house stood next to a coal store and was two doors from a pub, St Michael’s Tavern.

I was able to gain an insight into his terrible living conditions when I was invited to the Charter Street archaeological dig with my dad during the filming of historian Michael Wood’s BBC2 series, The Great British Story, which made reference to Angel Meadow.

We clambered down into the holes that had been excavated and were able to reach out and touch the still-sooty bricks of William’s fireplace in his partially uncovered home.

The walls separating the houses were the width of just half a brick, which meant William would have heard everything that was happening next door. The heat from his fire would have radiated straight through the wall.

We could see that the cellar beneath 112 Charter Street, which would have been accessed through a dark passageway guarded by railings, had been knocked through into the neighbouring house and later bricked up again. We could see where the flagstone floors in some of the cellars had been repaired. The archaeologists also discovered the privy that William would have shared with 100 other people. Their finds included metal hinges, door frames and, amazingly, a door key. 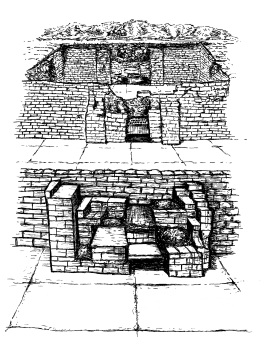 Only three of William Kirby’s seven children survived to adulthood. In fact, evidence from a death certificate shows that his fifth child, also called William, died at 112 Charter Street on 23 February, 1877. He was just two weeks old.

An overwhelmingly sadness crept over me as I stood looking at the ruins of the house and thinking about baby William. The bricks and mortar could tell nothing of the depth of anguish that would have pervaded that same house on that dreadful night 135 years ago.

So tread carefully when you walk through the streets of Manchester. The remains of dozens of other Victorian houses still lie beneath the few remaining car parks – a secret and shameful reminder of the city’s once hellish living conditions.